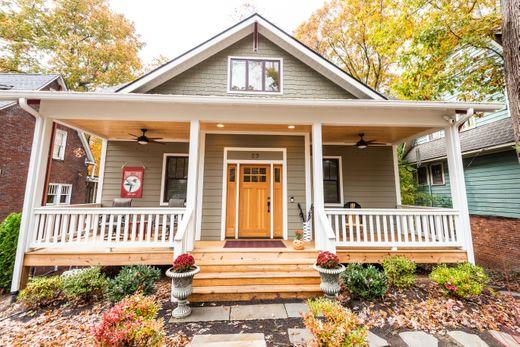 "Home of the Week: Sneak peek of Montford Holiday Tour of Homes" - Citizen-Times.com

"When Chicago weather became too much for Pat and Ron Hart, they began a down South search that landed them in Asheville. A retired registered nurse, Pat moved to the area three years ago while Ron, a real estate agent, followed her six months later after retiring and selling their home in Illinois. 'We decided to move south due to a combination of Southern climate, the mountains, the four seasons and because we would be off the hurricane beaten path,” Ron said. “We just felt the dual wrath of hurricanes Michael and Florence.' Instead of purchasing a home right away, the couple took the safe route and rented until they gained their bearings..."