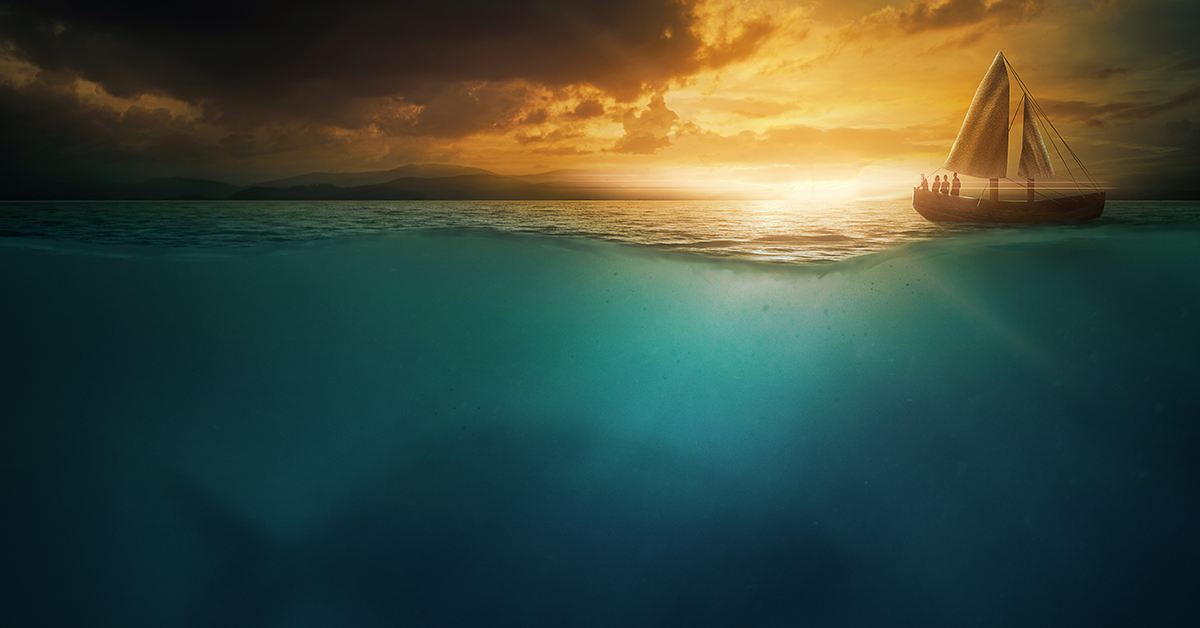 Lead Generation Technology (From A 2018 Perspective)

First... a little perspective. Despite what we may believe to be true about technology, it doesn't move in a linear curve. That is, improvements on technology don't simply stack up neatly one after another across a timeline. When you zoom in to any given technology path, for example, you'll see that there are sometimes entire years, decades or even centuries and millennia between two points of what would (looking back now), seem like obvious next steps in a given technology's growth or use within an industry. Having set the stage with a bit of humble perspective, lead generation technology has only recently been introduced into what is now a recognized (officially) as an over 100-year-old profession. At least if you consider the creation of NAR (in any of its various forms and brands) as the first of many in a governing role to protect the industry and those that affect or are affected by it (homeowners, agents, investors, etc.). That said, some things have not changed (nor may they ever), but lately... a lot has. Skipping forward quite a bit, the internet is likely the most obvious real estate game-changer (primarily for connections, marketing, and lead generation, but we'll get into that later).

What's important to recognize is (and bear with us here) that lead generation for real estate is not new, but neither is technology new at playing a disruptive role in our industry. Again, the automobile changed the way we as agents were able to connect with our farm(s), right? And the phone sure made things easier (in some regards) when it came to setting or moving listing appointments. Then email, social media and so on. Okay, okay... so the thread that connects all of these epochs is this... if you don't retain some perspective on time and the big picture (as it pertains to your understanding or deployment of either a new or established technology), then how can you be expected to understand its impact on your business. As you already know, few things move the needle overnight and those that do, often move it in the wrong direction (we're looking at you late-night twitter tirades)! Well, you wouldn't expect the simple act of adding a phone line to result in 10x inbound business alone, but for some reason, many in 1998 thought that building a website would. So you bought an effective real estate tool... however if you're not using it right or using it at all, then is it effective? And this leads us to our current state of real estate technology.

The Current State Of Seller Lead Generation In Use

So, are agents using technology wisely? Well, sort of. Even the word technology can be a bit ambiguous, especially when you consider that your car, your phone, and even your printed marketing materials (not to mention how easily you obtained them) are all technologies that significantly up-ended the real estate industry. This is to bring to point something that isn't often discussed, but that greatly affects agents (and everyone, really) across the board... namely over-saturation and complacency with certain technology can lead to a disconnection with how to properly use the technologies (and this affects the bottom line in SMB's across the nation). For example, it's second-nature for most of us to use Google (now Alphabet's technology called Google) to "google" something. And most of those reading this article here probably have a basic understanding of "SEO" (Search Engine Optimization) - at least enough to know it's a thing that involves Google. But right there, blinders went up and you may not have even noticed it. A keen marketing eye will have picked up on the fact that by using this new verb, we completely skipped over a significant online market... Safari.

Safari? Yes... if you're an iPhone user (which according to the latest stats as of July 2018, makes up around 52.19% of the mobile user market share for the US), then you're almost assuredly browsing the internet on Apple's Safari browser. You may not even have known it. Did you click a link someone sent you? Yeah, it was most likely Safari you saw it on. This may or may not matter to you right now, but when you start talking about digital ad placements and ad tracking technologies (for example), the difference between Google and Safari alone can be significant. So, this isn't to push the importance of targeting second-tier browser technologies for a solid SEO campaign (especially since Safari isn't really "second-tier"), rather it's to bring to light how technology (especially in real estate) is still largely misused or, at very least, still largely misunderstood. If you as a consumer don't know what technologies you are on right now as you read this article, then how can you effectively target them as an agent? And this heads right to our next section, as we begin to dive into lead generation specifically...

The Right Tech With The Wrong Approach

As any technologist will politely tell you (albeit with a suspicious grin)... "PEBCAK" (Problem Exists Between Chair And Keyboard ). Remember to take this with a bit of salt here as we're all on this path together, but the truth is that in most cases, technology (any technology) is being used incorrectly. As our primary example, let's now dive into lead generation technology. As mentioned, the practice of lead generation is nothing new in real estate and neither are technologies for gathering or even processing new seller leads. And yet, when it comes to the latest lead generation tool: predictive analytics (which can predict a homeowner's intent to list their home on the market up to 6-12 months in advance of them doing so), agents will still intake the seller as though they physically walked through their front door and asked the agent to list their home. That is, going for the close right then and there (even if the homeowner doesn't know the agent or why the agent is reaching out). In some cases (really demonstrating the power of predictive analytics for lead generation), the homeowner themselves may not even know they're going to list yet! Predictive lead generation is really spectacular.

Of course, the right answer here would have been to use the data to hone your lead generation conversion strategy when reaching out to the highlighted homeowner. Essentially, using real estate predictive analytics as a filter to move inbound seller leads into buckets where time-tested lead generation conversion methodologies would be put into play. But... that's easier said than done for most agents. If you know a homeowner has a statistical likelihood of listing their home months in advance of your competition, the pressure to leap on the lead can be overwhelming. And not only is that understandable... it's actually correct (sort of). Again... perspective on time and the big picture. Do you need to move quickly on hot leads when identified by this new data tool? Absolutely! But how you approach the homeowner is as equally important. Cover your ears homeowners... Using a fish-finder to detect fish with a radar can be a game-changer, but if it identifies movement in a specific area at a specific time and you drop your "soda" and leap overboard into the water to catch the fish "right now" with your bare hands... well... you're doing it wrong. And if you're calling leads and telling them that predictive analytics told you they're planning on selling... well... PEBCAK. =)

How Predictive Analytics Is Changing The Game

When looking at this gap (how technology is best deployed and how it is most often being deployed), what we're actually tracking is a disruption in legacy brand/market dominance. Traditionally, when money more directly equaled power and influence, your ability to land more real estate brand assets and presence (let's call them troops) onto the competitive battlefield would lean more heavily towards you in ROI. But, as with most modern technologies, predictive analytics resulting in highlighted seller leads, allows for a smaller "number of troops" to be repositioned dynamically across the map in order to take advantage of new and rising opportunities. Without completely mixing up this analogy, regular, high-resolution satellite imagery tied in with active radar changed the pure-numbers strategy in war. And as often as warfare and business are compared, not enough emphasis is placed on the proper use of strategic intelligence. Simply moving a smaller force of troops to an overwhelming region based on insight isn't going to improve their odds.

So obviously, someone on our staff has been playing RISK with the kids (or perhaps listening to too many military history podcasts of late), but you can learn a lot about the improper use of otherwise game-changing technologies and also the follies of relying too heavily on new resources (if no one has taken the time to read the manual). The perfect combination is to be the use of real estate data to guide your farming techniques (which should already be in place). We can throw a lot of cute metaphors around all day, but it all really comes down to this... you'll do best when you employ new real estate lead generation technologies like real estate lead generation websites side-by-side with older real estate lead conversion practices. In the case of predictive analytics, we will give you the edge in the form of names and likelihood of movement in an area. From there, it'll be your brand and your hand extended. We recognize that this article has covered a lot of grounds, so let us summarize some takeaways here for you:

Now, if you're looking at lead generation technology for the first time, then you're going to want to connect with one of our specialists to learn more about what this means to real estate businesses large and small. Of course, for many out there, offrs has been forging the path for real estate lead generation solutions going on years now, so you're likely familiar with the process. For those folks, we still recommend connecting with one of our business strategists in order to see how things have vastly improved over time (not just in the technological sense, but also in practical application by agents like yourself around the country). What is the future of predictive analytics in real estate? You.

offrs collects and provides topical insights, statistics, reviews, humor and best practices gathered from real estate professionals and consumer homeowner industry peers. If you're a broker or agent interested in learning more about seller lead generation or automated marketing services and solutions, visit www.offrs.com or continue to browse our growing collection of industry articles at www.offrs.net. 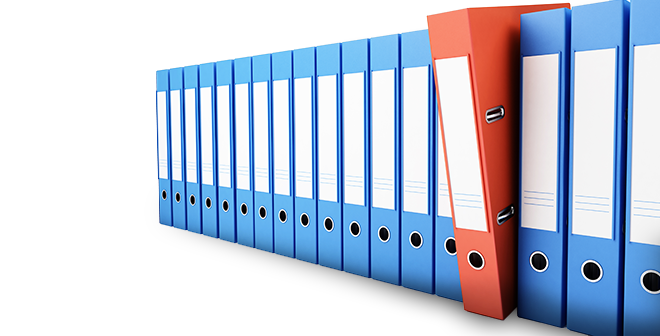 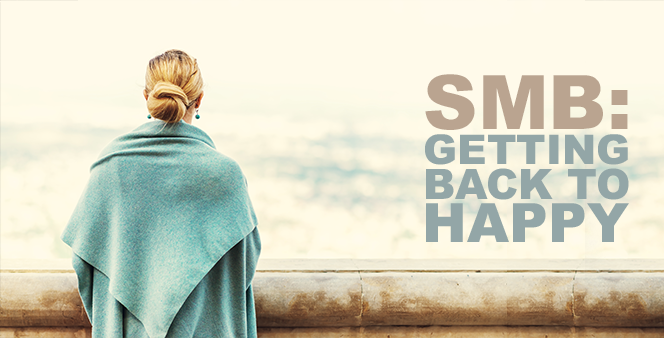 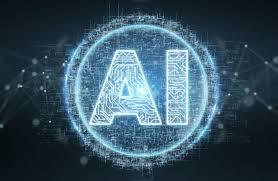